The Shark is Broken

This is some text inside of a div block.
Book Now

"YOU'RE GOING TO NEED A BIGGER BOAT."

The Shark is Broken reveals the hilarious behind-the-scenes drama on one of Hollywood’s biggest blockbusters.

Sonia Friedman Productions is delighted to announce its second production at the Ambassadors Theatre in 2020. After a sell-out, critically acclaimed premiere at the 2019 Edinburgh Fringe, Ian Shaw and Joseph Nixon’s brilliantly funny play will arrive in the West End from 11th May.

"Did I mention waves? Get ready for this play to make some. Do they need a bigger boat? Actually, I think they are going to need a bigger theatre - and soon."

“This play packs plenty of bite.”

“This play deserves a life beyond the Fringe; yes,they’re going to need a bigger theatre”

“Something unexpectedly profound and emotionally serrated lurks below the apparently frothy surface of this dive behind the scenes of the making of JAWS.”

“An intoxicating combination of behind-the-scenes gossip and contemplation of the nature of popular art.” 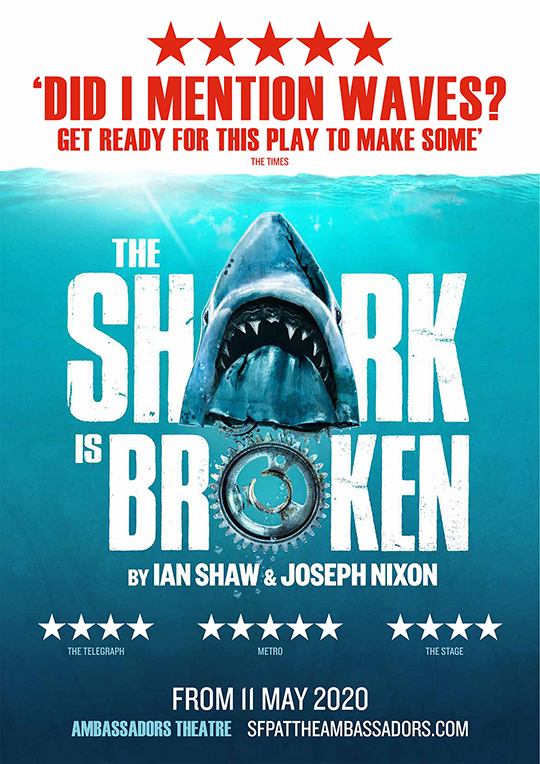